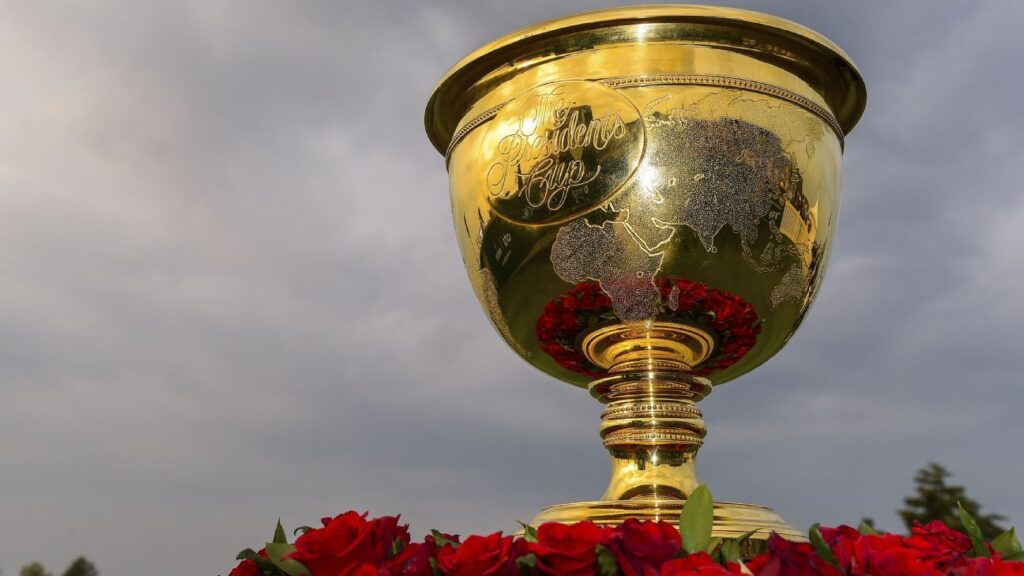 MELBOURNE, Australia — The Presidents Cup golf tournament will return to Australia for the fourth and fifth times in 2028 and 2040.

The PGA Tour announced Thursday that the match-play tournament held every two years involving teams from the United States against an International side representing the rest of the world excluding Europe would be held again on a sandbelt course in southeast Melbourne.

Royal Melbourne Golf Club has hosted the tournament three times: in 1998, 2011 and 2019. The 1998 tournament was the International team’s only win.

The venue for the 2028 Presidents Cup will be announced at a later date.

“Since the Presidents Cup was first staged in Melbourne in 1998, Australia and its passionate fan base have played a leading role in the growth of the Presidents Cup,” PGA Tour commissioner Jay Monahan said. “As the event continues to visit new corners of the globe, we remain committed to a presence in Melbourne and the sandbelt region, a place our players and fans around the world hold in high regard.”

Australia was the Presidents Cup’s first international destination in 1998, and it has since visited South Africa (2003), Canada (2007) and South Korea (2015) in addition to twice returning to Australia.

The Presidents Cup was last played in 2019 at Royal Melbourne, which saw the U.S. team stage a final-day comeback to beat the Internationals. The U.S. won 16-14, winning six and tying four of the 12 singles matches.

The Presidents Cup will be held later this year from Sept. 20-25 at Quail Hollow Club in Charlotte, North Carolina, following a one-year delay due to the COVID-19 pandemic.