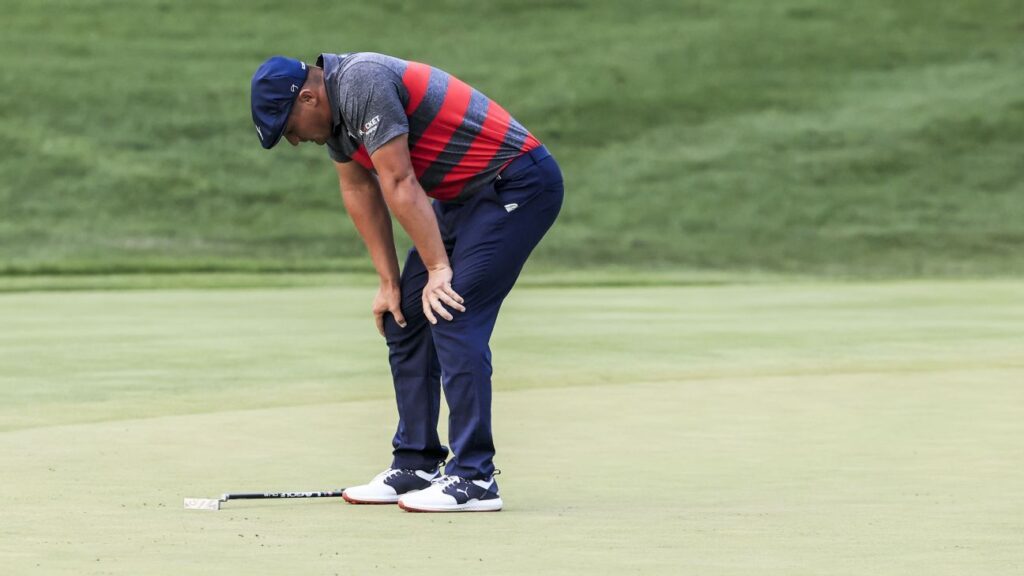 Bryson DeChambeau had surgery on his left wrist Thursday, writing on Instagram that he hopes to return to the PGA Tour within the next two months.

DeChambeau said Dr. Thomas Graham, an orthopedic surgeon at Kettering Health in Ohio, performed the surgery to repair a fractured hook of the hamate bone in his left wrist.

“Over the past few months my team, Dr. Graham, and myself have been monitoring the fracture to the hamate bone in my left wrist,” DeChambeau wrote. “I made attempts to play through this injury at three recent events, including the Masters, but this is typically an injury that requires surgical treatment. Through continued discomfort from the fracture, it has caused me to alter my grip and swing, resulting in my inability to compete at golf’s highest level. This has not been easy physically and mentally for me.”

DeChambeau, 28, missed the cut at last week’s Masters, the first major of the season, after carding a 12-over total in the first two rounds. He has fallen to 19th in the Official World Golf Ranking and is 217th in FedEx Cup points. He missed the cut in three of his past four starts overall and has just one top-25 finish in five starts this season.

DeChambeau’s availability for the next major, the PGA Championship at Southern Hills Golf Club in Tulsa, Oklahoma, on May 19-22, now seems in doubt.

“For now, I will be taking the appropriate time needed to rest and recover from this procedure and look forward to competing at the highest level within the next two months,” DeChambeau said. “Thank you to my family, team, partners and supporters during this tough stretch, but I am excited to work hard to get back competing soon.”