Expert picks, best bets and props that can’t miss for the 2022 Masters 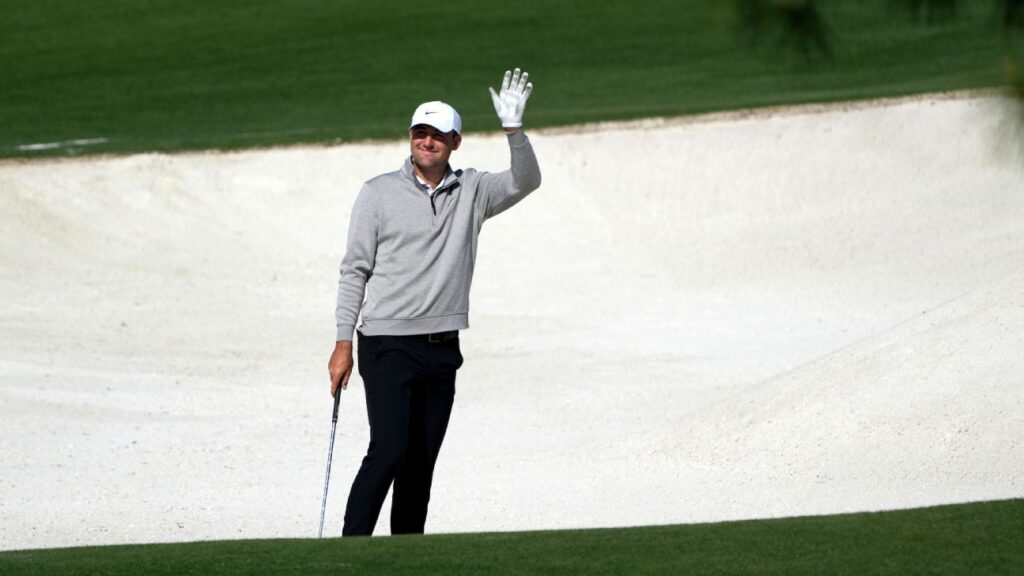 All the attention leading into the Masters at Augusta National Golf Club revolved around the return of Tiger Woods. But there is so much more happening in the year’s first major.

So we gathered our experts to pick the winner of this year’s green jacket, identify betting value and props that stand out.

Matt Barrie, ESPN
Winner: Scottie Scheffler
Why he’ll win: There is such a thing as momentum in golf. And no one has more than world No. 1 Scottie Scheffler. In January, Scheffler might have been a Masters sleeper at best. Now, he has to be the favorite. A winner at the WM Phoenix Open, Bay Invitational and WGC-Dell Technologies Match Play, he has the confidence needed going to Augusta National. Golf right now belongs to Scottie Scheffler.

Elizabeth Baugh, ESPN.com
Winner: Cameron Smith
Why he’ll win: Smith is coming off a win at the Players and has contended in three out of the past four Masters, including a runner-up finish in 2020. He said it himself in his news conference: He’s confident and his game is ready. His advantages? Creative play on a hilly Augusta course and a locked-in short game. He’s going to chip and putt his way to a green jacket on Sunday.

Michael Collins, ESPN.com
Winner: Brooks Koepka
Why he’ll win: Who’s a highly ranked player no one is talking about with major championship experience and titles? Who also has played in atrocious weather and been successful, with a respectable record at Augusta already? Who might have a chip on his shoulder since his former bestie and now rival, Dustin Johnson, has a green jacket that this player doesn’t have? Yeah, Brooks Koepka checks all the boxes.

Michael Eaves, ESPN
Winner: Jon Rahm
Why he’ll win: I could throw around a bunch of stats from 2022 (first in shots gained off the tee, fourth in shots gained tee to green) or past performances in majors (five straight T-8 or better finishes) or at Augusta specifically (four straight T-9 or better finishes). But the real reason Rahm will get fitted for his first green jacket is that he can’t believe he doesn’t have one already. And with Scottie Scheffler taking away his world No. 1 ranking, Rahm couldn’t come to Augusta with any more motivation than he will bring with him this year.

Charlotte Gibson, ESPN.com
Winner: Viktor Hovland
Why he’ll win: Am I picking the 24-year-old Norwegian to win again? Absolutely. Chipping aside (seriously, let’s not talk about the terribly bad chipping), Hovland remains one of the best drivers and iron players on tour. This season, he has found himself in the top 10 for nearly every tournament. And in the past, he has had strong finishes at Augusta with a T-32 as an amateur and T-21 last year. But the real reason he’ll get his first green jacket? The simple fact that Hovland always has a smile on his face and shows us time and time again that he’s just happy to be there and doing what he loves. Mix it all together and you’ve got yourself a green jacket winner.

Andy North, ESPN
Winner: Justin Thomas
Why he’ll win: He’s rounding into major form. He has figured out how to play Augusta National. He’s ready for that second major.

Nick Pietruszkiewicz, ESPN.com
Winner: Tony Finau
Why he’ll win: No, he hasn’t played great in 2022 – three missed cuts and no top 20s in six events. But he knows how to get around this place – three top 10s in four appearances. He was in the final group with Tiger Woods on Sunday in 2019, when Woods stunned the world by winning his fifth green jacket. Finau played respectably that day, shooting even-par 72 and finished fifth. He handled that moment. He won’t be intimidated by anything this year’s Masters throws at him.

Mark Schlabach, ESPN.com
Winner: Collin Morikawa
Why he’ll win: My heart says Tiger; my head says Morikawa, who won the PGA Championship and The Open in his first starts in those events. He’s one of the best iron players in the world, and ballstriking might be the most important skill in the Masters. He improved from a tie for 44th in 2020 to a tie for 18th at Augusta National last year. A green jacket would give Morikawa three-fourths of the career grand slam, and he would join Jack Nicklaus, Tiger Woods, Rory McIlroy and Jordan Spieth as the only golfers to win three majors at age 25 since World War II.

Marty Smith, ESPN
Winner: Jon Rahm
Why he’ll win: He’s the only player to post top-10 finishes in each of the past four Masters. Plus, he hasn’t posted a single round over par for 15 consecutive rounds, one shy of Tiger’s record 16 straight rounds of par or better. That consistency will earn Rahm the green jacket Sunday.

Curtis Strange, ESPN
Winner: Scottie Scheffler
Why he’ll win: Always judge the overall talent and who has the hot hand. Scheffler checks both boxes. He’s victorious in three of his past five tour events and he’s incredibly talented.

Tom VanHaaren, ESPN.com
Winner: Jon Rahm
Why he’ll win: I’ve been predicting Rahm to win a few tournaments in a row, so why stop now? When I heard his quote saying he won’t stop playing golf until he has more majors than Tiger, it felt like there was a real fire there for him. It might not be possible to pass Tiger, but I think it takes that mentality to win at the highest level and it feels like he’s going to break through soon.

Scott Van Pelt, ESPN
Winner: Cameron Smith
Why he’ll win: He has three top-10s at Augusta. He putts it as well as anyone, as evidenced in that final-round show at the Players, and can get on the type of birdie run that can win you this tournament if it comes at the right time.

Kevin Van Valkenburg, ESPN.com
Winner: Brooks Koepka
Why he’ll win: Koepka probably should have won the Masters in 2019 when Tiger pulled off one of the greatest heists in major history, and I think that memory will help him this year. He’s back to his old self, getting in squabbles with fans, feeling overlooked and slighted. That’s his sweet spot for major contention.

Josh Weinfuss, ESPN.com
Winner: Scottie Scheffler
Why he’ll win: Scheffler is on a heater and sometimes, like this one, you don’t bet against that. He has won three times — the first three of his career — in the past eight weeks. Momentum like that can’t be bought, even at the Augusta National members-only pro shop. Scheffler has everything it takes to win at the Masters this year: The distance off the tee, the touch on the greens and a seemingly unflappable demeanor that can get him through the ups and downs. He rarely shows a lot of emotion, which will be important when — not if — things go awry.

Our betting experts give you picks to win based on value. We look at the betting board and tell you who has the best chance to cash your ticket.

Why he’ll win: The biggest knock on Schauffele the past few years has been “close but no cigar” with nine top-10s in majors and a runner-up at the Players on his résumé. Since we last saw Schauffele at a major, he won Olympic gold and helped Team USA to a Ryder Cup win, going 3-1. He has had a slow start to 2022 (one top 10), but that leaves a lot of value at 20-1 for a guy with T-2, T-17 and T-3 results here in the past three years. It’s his turn this weekend.

Chris Fallica, ESPN
Winner: Patrick Cantlay (odds: 20-1)
Why he’ll win: Cantlay started the year with four straight top-10 finishes and very easily could have had multiple wins in that stretch. He led the tournament with a few holes to play in 2019, then missed the cut last year when he was a trendy pick before an opening-round 79 did him in. Seems like he’s coming in a bit under the radar given the attention Scottie Scheffler and others have gotten with their play. Cantlay’s putter and ability to make a lot of birdies give him a great chance this week.

Joe Fortenbaugh, ESPN
Winner: Brooks Koepka (odds: 20-1)
Why he’ll win: Koepka is healthy and on a roll. Plus, he has played well here before. Then you realize that you’re getting him at 20-1 rather than 14-1 or 16-1. Koepka’s past two months have featured a T-3 at the WM Phoenix Open, T-16 at the Honda Classic, T-12 at the Valspar Championship and a quarterfinal finish at the WGC-Match Play. He has also made the cut in five of six career starts at Augusta. Speaking of those five cuts made at Augusta National, two were top-10 finishes (T-7 in 2020; T-2 in 2019). You have to have a piece of Brooksie when the lights get bright.

Anita Marks, ESPN
Winner: Cameron Smith (odds: 14-1)
Why he’ll win: Out of all the favorites at the top, Smith represents some value with his current form and two wins on the season. He has the experience needed to win at Augusta, having finished in the top 10 his past three starts. He skipped the WGC-Dell Technologies Match Play event to get ready for the Masters. Smith ranks top seven in the three most important metrics to win at Augusta — greens in regulation, par-5 performance and putting average.

Doug Kezirian, ESPN
Winner: Brooks Koepka (odds: 20-1)
Why he’ll win: It’s well-documented that Koepka cares only about majors, which probably explains how he already has won four of them. The green jacket has eluded him so far, but he has flirted with victories. He was the runner-up in 2019 and finished in the top 10 in 2020. He also has placed in the top six in each of the past three majors he has played. In addition to his prioritizing the majors, Koepka enters in really good form. So 20-1 feels like value.

Our betting experts have more than just bets to win. Here are some props to target for the entire event, from top 10’s to made cuts to tournament matchups.

Tiger Woods to make the cut (+110)
Bearman: Woods announced Tuesday that he will play. But are we expecting him to win after not playing on tour in over a year? No, but it would be a heck of a story. You don’t have to bet on Woods to win to make money. If you look at the prop market, Woods is -140 to miss the cut and +110 to make the cut. Those are odds you would never see for a guy who has won here five times and has another nine top-10s at Augusta.

Justin Thomas top-10 finish (+150)
Marks: Thomas is playing better at each tournament this season. The course will be damp from the rain earlier in the week, therefore driving distance and GIR from 175-200 yards out will be key. Thomas’ game is built to win at Augusta. For him to finish in the top 10 at plus money is a solid wager.

Sam Burns top-10 finish (+350)
Fortenbaugh: No Masters rookie has claimed the green jacket since Fuzzy Zoeller in 1979, which is one of the primary reasons I’m hesitant to back Burns to win this thing at 35-1. That being said, I’m happy to jump on the top-10 train given what I have seen from Burns of late. Since the start of the season, he has notched seven top-10 finishes in 13 starts, highlighted by wins at the Valspar Championship two weeks ago and Sanderson Farms Championship last October. If the 25-year-old gets through the opening round, I expect him to contend on Sunday.