Getting ready for Round 2 of the Masters with Tiger, more big names and a challenging course 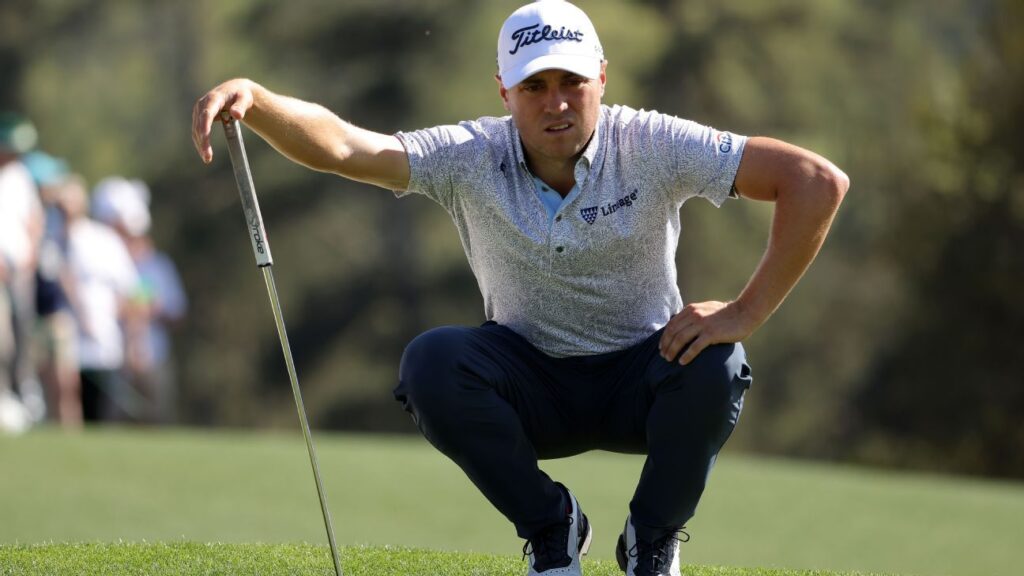 The 86th Masters is not short on big names. Of course, the first name that comes up this week at Augusta National is Tiger Woods. After an opening-round, 1-under 71 he’s the mix. He’s not the only recognizable name near the top.

We gathered up our experts to see what comes next as the year’s first major heads into Round 2.

Tiger Woods started well. What do you expect out of him in Round 2?

Mark Schlabach: I thought he’d go 2-under 70 in the opening round, and he ended up at 1-under 71. He’ll go lower on Friday. Tiger just has an incredible pain threshold and determination to compete. A lot of his mistakes on Thursday are correctable. Woods said he had a terrible warm-up session and didn’t feel comfortable leaving the tournament practice area. It showed on the tee and around the greens. If he straightens those areas out and keeps putting like he did in the first round, he’ll go lower on Friday and be right there in the mix going into the weekend.

Michael Collins: Expect him to shoot 1 over in Round 2. Even par should make the cut easily if the weather forecast holds. Unless he accidentally falls asleep with his leg in the ice and freezes it off. I’m joking, of course. I’m sure Tiger’s got his own cryotherapy unit that has an auto shut off.

Kevin Van Valkenburg: I thought he looked stiff and a little tentative on Thursday, and I’m hopeful a full night and morning of treatment will help him loosen up by the afternoon. I think he’ll strike it better on Friday with his irons, but he got a few breaks on Thursday that made up for that. I’d expect something similar, around par or just under.

Nick Pietruszkiewicz: As always, it depends on how the body feels. But if it feels loose enough to allow him to swing the way he did Thursday or even close to that, he’s not going to back up. He has an unmatched ability to get around Augusta National. The 71 on Thursday came despite a pretty poor chipping day and, again, not taking advantage of the par 5s. He knew he could play before he got here or he wouldn’t have come here. On Friday, a number in the 60s is coming.

What player, not named Tiger Woods, are you most impressed with heading into the second round?

Schlabach: Joaquin Niemann. I watched Niemann, a 23-year-old from Chile, go wire-to-wire to win the Genesis Invitational at Riviera in mid-February. He’s immensely talented and it is finally starting to show. To open with a 3-under 69, while playing with Woods on Thursday, is quite impressive. He had three birdies and an eagle on the ninth, where he knocked it in from 105 yards off the fairway. It was the sixth eagle on the ninth in Masters history.

Collins: Scottie Scheffler. Normally there’s a letdown after reaching No. 1 so fast but Scheffler just keeps on plugging along. He’s got a great attitude and the way he and caddie Ted Scott have been working together reminds me of Jordan Spieth and Michael Greller in 2015.

Van Valkenburg: Sungjae Im. I’ve been a huge fan for years, because it’s truly fun to watch him fire at pins. He’s really fearless, and I love unique swings.

Pietruszkiewicz: Cameron Smith. It’s something to start and end a round with the a double bogey and still be on the first page of the leaderboard. But that’s what happens when you throw eight birdies at Augusta National. The question is what carries over in Round 2: All those birdies or the two big numbers? He’s too good, which has been obvious for a while now, to care much about the miscues. He won’t separate from the pack, but he’ll post another good one on Friday.

Which big name worries you the most and might be headed home before the weekend starts?

Schlabach: There hasn’t been a first-time winner at the Masters since Fuzzy Zoeller in 1979. There’s a reason. It takes time to figure out Augusta National, and budding star Sam Burns is realizing that this weekend. He shot 3-over 75 on Thursday.

Collins: Justin Thomas. I feel bad for him because he spent all that time with Tiger Woods and his game doesn’t seem to be in a good place right now. Everyone is left to wonder what would have happened if he had been selfish and worked this week on his own. Probably the same result but no one will ever know.

Van Valkenburg: Bryson looks lost. I know he’s injured, but I’m not sure playing though this injury is doing him any good. It might be time to shut it down.

Pietruszkiewicz: There really is only one answer here and it’s Justin Thomas. He shot 76, which was the same number posted by the ageless Bernhard Langer. OK, Langer is actually 64, but you get the point. I’m with Michael. The swirl of Tiger had an impact.

Which player, not named Tiger Woods, do you have an eye on to make a Friday run?

Schlabach: Corey Conners. The Canadian doesn’t get nearly enough credit for how good he is. He is one of the best iron players in the world and already has a pair of top 10s in four starts at Augusta National. He hit 13 of 18 greens and 10 of 14 fairways on Thursday. Even better, Conners had scores under par in each of his previous four second rounds, including a 65 in 2020 (when he tied for 10th) and a 69 in 2021 (when he tied for eighth).

Collins: Patrick Reed. He seems close and loves this golf course. Reed’s game has been off lately but we all know the magic this place holds in the hearts of former champions. He also loves playing in tough conditions. If everything plays out, I expect Captain America’s B game to get him within a couple shots of the lead by Friday evening.

Van Valkenburg: I’ll take Shane Lowry. I thought he had a real shot coming into this week, but he couldn’t hang on a fairly benign day. Hopefully the wind blowing Friday will be to his advantage.

Pietruszkiewicz: Patrick Cantlay opened with 79 a year ago. And that was that. He looked as if he was headed for another clunker Thursday. On 13, he figured things out. Made birdie there and at the 15th, then stuffed his tee shot on 16 to set up a third in four holes. Once he gets going, look out. He could be the guy the rest of the field is looking up at heading into the weekend.

What did you think of how Augusta National played on Thursday and what do you expect out of the place on Friday?

Schlabach: The wind is going to start blowing and will keep howling until the final round on Sunday. The forecast calls for winds of 20 to 30 mph on Friday with stronger gusts. Then it’s going to get cooler on Saturday with winds 15 to 25 mph. Tiger won’t like the cooler temperatures, but he’ll like the wind. Many other players won’t.

Access 4,300+ hours of live coverage from 35 PGA TOUR tournaments each year, including 4 days of coverage at 28 events with four feeds each day. Plus, access replays, originals and more. Stream on ESPN+

Collins: Hearing Jon Rahm talk about mud balls is disappointing. Most players didn’t have that issue. It was crazy how fast the skies cleared, the temps rose, and the winds picked up. Because of that, when the wind really starts pumping tomorrow, expect this place to hand out many more scores over par than under par.

Van Valkenburg: It’s going to get harder. Much harder. Which I like for Tiger’s sake. The wind is going to blow hard and I want to see guys who can control the flight if their ball. That has Tiger, limp and all, right in it.

Pietruszkiewicz: On the revamped 11th hole, Woods hit a 283-yard drive. Not exactly Bryson DeChambeau territory, but still pretty good. He had 242 yards left! On a par 4! So even after a few days with periods of big, big thunderstorms, Augusta National did not play easy. And on Friday, the temperature is expected to drop and the wind is expected to pick up even more. Things are not going to get easier. But it is hard and fair and a ton of fun – at least for the people watching.