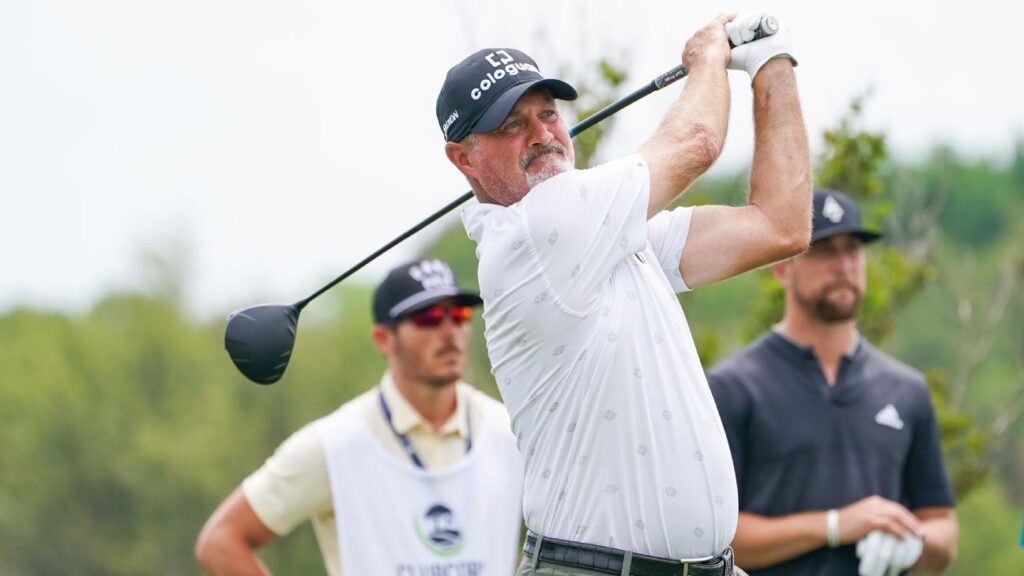 IRVING, Texas — Jerry Kelly had a hole-in-one on the par-3 sixth hole and shot a 5-under 66 on Friday to take the first-round lead in the PGA Tour Champions’ ClubCorp Classic.

“A little more than 180 (yards), but the wind was down a little out of the right and I was going to hit an 8 and ride it, but it would have just been too far moving it right to left,” Kelly said. “So. I hit a little hold-up 7 in there and it just tracked the whole way and it went in.”

Kelly closed with a birdie on the par-4 ninth at windy Las Colinas Country Club.

“The wind started picking up, so I’m pretty happy with where I sit,” Kelly said.

The 55-year-old Kelly has eight victories on the 50-and-over tour after winning three times on the PGA Tour.

“Kept it in play most of the day, took care of the par 5s, which I think that’s your best chance for birdies because the wind’s so difficult out here,” Parel said.

The tournament features 50 celebrities playing alongside the pros. Ten members of ClubCorp properties also earned spots in the field through regional and national competitions.

John Daly had a double bogey on the par-4 16th in a 72. He played in a group with Larry the Cable Guy.