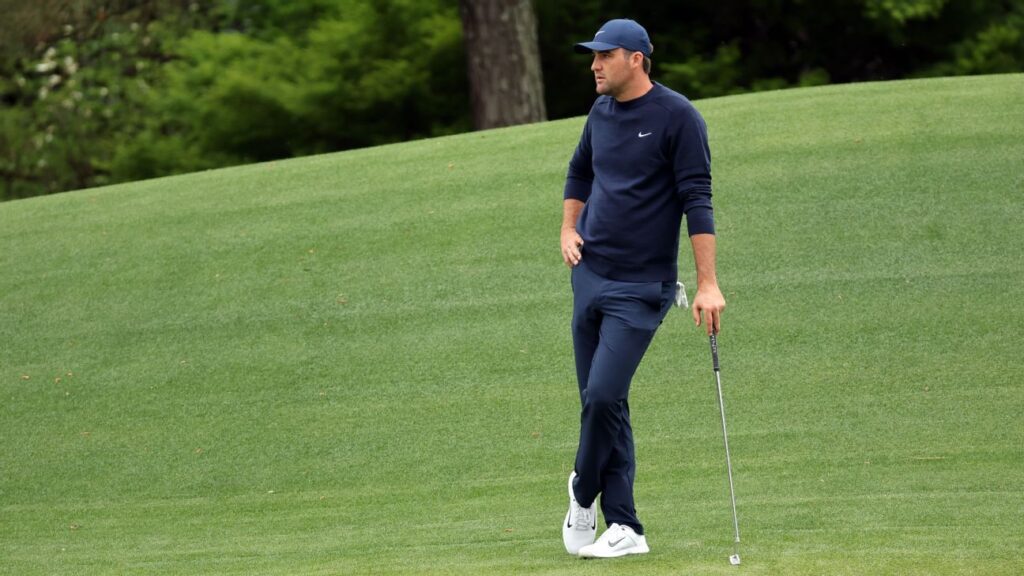 AUGUSTA, Ga. — Tiger Woods might be the biggest story in the 86th Masters.

But everyone is chasing the hottest player on the planet, world No. 1 Scottie Scheffler, who has a 5-shot lead heading into Saturday’s third round at Augusta National Golf Club.

Scheffler’s advantage matches the largest 36-hole lead in Masters history. Five other players led by as many strokes after two rounds, including Harry Cooper in 1936, Herman Keiser in 1946, Jack Nicklaus in 1975, Raymond Floyd in 1976 and Jordan Spieth in 2015. All but Cooper ended up winning a green jacket.

Here is what to keep an eye on Saturday at Augusta National:

Can anybody catch Scheffler?

Scheffler, 25, has been on a meteoric rise the past two months. After failing to win in his first two seasons on tour, Scheffler has won three times in his past five starts — at the WM Phoenix Open in February and the Arnold Palmer Invitational and WGC-Dell Technologies Match Play in March.

Since the Official World Golf Ranking began in 1986, no player has won his first PGA Tour or DP World Tour event, ascended to No. 1 in the world and earned his first major championship victory in the same year. There have been 25 different players to reach No. 1 in the world, and Scheffler has a chance to become the first player to accomplish all three of those feats in the same year, according to ESPN Stats & Information.

But Scheffler has never held a lead at a major championship. His previous best was a tie for second after 54 holes at the 2020 PGA Championship; he finished in a tie for fourth. He is the third world No. 1 to hold or share the 36-hole lead at the Masters. Of the previous two, one of them won (Dustin Johnson in 2020) and one of them famously lost (Greg Norman in 1996).

Can Scheffler hold the lead?

“If anything, [having the lead] gives me more confidence,” Scheffler said. “Once I saw that I took the lead at one point [Friday], and my first thought was to just keep trying to build it just because I feel like I’m playing well. That will be the goal going into [the third round], just to keep putting myself in good positions, execute shots. As long as I’m committed to everything, everything should be fine. The rest really isn’t up to me.”

Tiger Woods talks about his second round and is glad to just have a chance going into the weekend.

In his first start in an official event in more than 17 months, Woods, who has won here five times, is 9 shots behind Scheffler. But he is only 4 shots out of second place.

Woods, 46, had to work especially hard to stay in the mix after bogeying four of his first five holes on Friday. He rebounded with four birdies in his last 11 holes and missed a couple of other good chances.

All in all, it was a gutsy performance for Woods, who was seriously injured in a car accident outside Los Angeles on Feb. 23, 2021.

“I felt good about how I fought back [Friday],” Woods said. “I could have easily kicked myself out of the tournament today, but I kept myself in it. Tomorrow is going to be an important day, with as cool and as tough as they’re predicting. It’s going to be quick, and I need to go out there and put myself there. If you’re within five or six on that back nine going into Sunday, you’ve got a chance, so I just need to get there.”

Woods said he is pleased that his surgically repaired right leg held up through the first 36 holes.

Justin Thomas was with Woods when he traveled to Augusta National a week ago to test his right leg while playing 18 holes with his son, Charlie. He played two nine-hole practice rounds with Woods earlier this week.

On Thursday, it didn’t look like Thomas picked up much course knowledge from the 15-time major champion. But after an opening-round 76, Thomas got hot and rebounded with a 5-under 67 in the second. He is tied for 10th at 1-under through 36 holes.

Thomas matched the lowest score of the second round and kept alive his streak of 18 consecutive cuts, which is the longest of any player on tour. His 9-shot improvement was also best among players in the field.

Thomas said he vented by playing fetch with his dog.

“I played fetch with my dog for like 45 minutes, and [his fiancee] Jill was out there with me,” Thomas said. “I just kind of sulked and pissed and moaned for about 30 minutes and had some dinner and went to bed. All good.”

The place brings out the best in them

South Africa’s Charl Schwartzel, the 2011 champion, is tied for second at 3-under. He is ranked No. 172 in the world and missed the cut seven times in nine tour starts this season.

“The bad results didn’t really determine how I felt coming in here,” Schwartzel said. “I actually took two weeks off. As the two weeks went by, my confidence grew in belief that I could win this tournament because I was starting to hit it very good. [I] just looked at old footage, and it’s still there.”

Schwartzel said he watched highlights of himself winning the Masters and started to believe he could do it again. When he was asked about what struck him most about winning at Augusta National 11 years ago, he had a simple answer.

“Putting on the green jacket at the end,” Schwartzel said.

Defending champion Hideki Matsuyama, who has been battling back and neck injuries, is also tied for second at 3 under. Dustin Johnson, the 2019 champion, is tied for sixth at 2 under. Danny Willett, who won a green jacket in 2016, is tied for 10th at 1 under.

Willett had missed the cut at the Masters in four of his past five starts. He hasn’t had a top-20 finish on tour since tying for 18th at the RBC Classic in March 2021.

“We’re in a nice position,” Willett said. “I [haven’t] been in this position for a while, and it’s nice to be there.”

Harold Varner III was among the last six players to make the Masters field by being ranked in the top 50 in the world as of March 28. He is making the most of his opportunity.

Varner is tied for sixth at 2 under after posting 1-under 71 in each of the first two rounds.

Varner won the Saudi International in early February by sinking a 92-foot eagle putt on the 72nd hole. He tied for sixth at The Players in mid-March.

“I think winning just breeds winning,” he said. “I never doubted that I could win, but it’s just never happened. I’ve been there, shot some high numbers when it’s mattered a lot, and I guess maturity. But the biggest thing is just running my journey.”

Varner said some of the best advice he received came from Woods.

“I never forget, Tiger told me the greatest thing,” Varner said. “I asked him, ‘What does it take to win?’ He said, ‘You quit worrying about winning, you’ll keep it.’ It’s helped my demeanor just do what I’m good at, play golf, hit the shot that it calls for. I think you have to do that a lot out here.”

Varner is enjoying his first Masters appearance with his parents and his young son, Liam.

“It’s unbelievable,” Varner said. “I just saw my dad for the first time just now. He doesn’t like to watch. He gets too nervous, but I seen my mom. I can’t wait to see my kid. Like I said earlier, he’s probably going to throw up on me. Yeah, it’s awesome.”