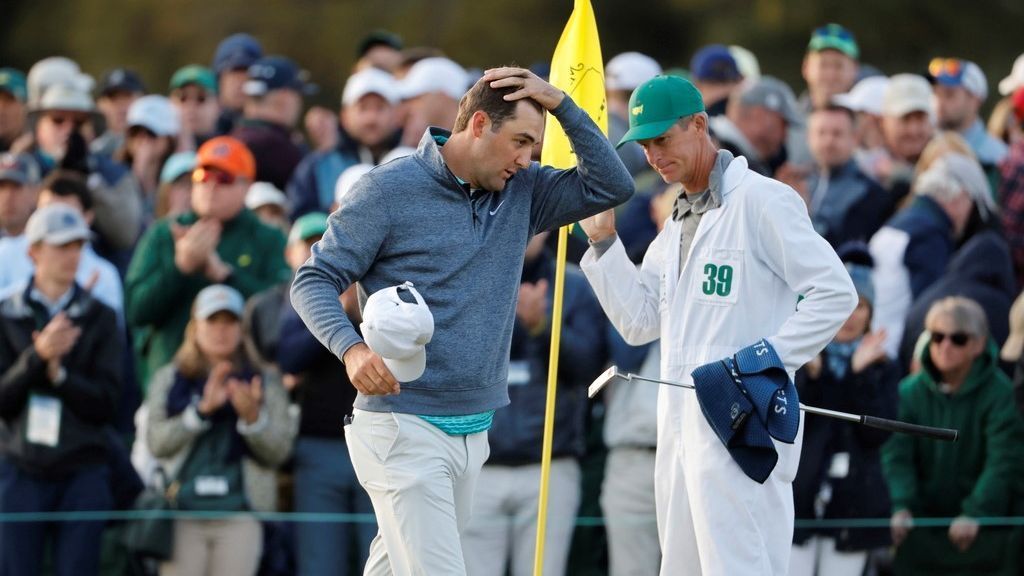 AUGUSTA, Ga. — Despite big trouble on the 18th hole, Scottie Scheffler salvaged a 1-under 71 that gives him a three-stroke lead heading to the final round of the Masters.

Scheffler came into the day with a five-shot advantage that was tied for the biggest ever after 36 holes at Augusta National. He maintained a lead of anywhere from three to six strokes throughout the third round.

The 25-year-old Texan yanked his tree shot at the final hole into the towering pines left of the fairway. He found his ball but had to take a one-shot penalty for an unplayable lie.

After dropping his ball where he could take a swing, Scheffler ripped a brilliant long iron off the pine straw that sailed just a couple of feet wide of the flag, rolling off the back of the green. He putted it up next to the hole and tapped in from about 2 feet for a bogey that felt so much better.

Scheffler is at 9-under 207 after three rounds.

Cameron Smith posted the best round of the day in very difficult conditions, a 4-under 68 for a 210 overall. The first-round leader, Sungjae Im, is the only other player within five shots of the lead at 212.