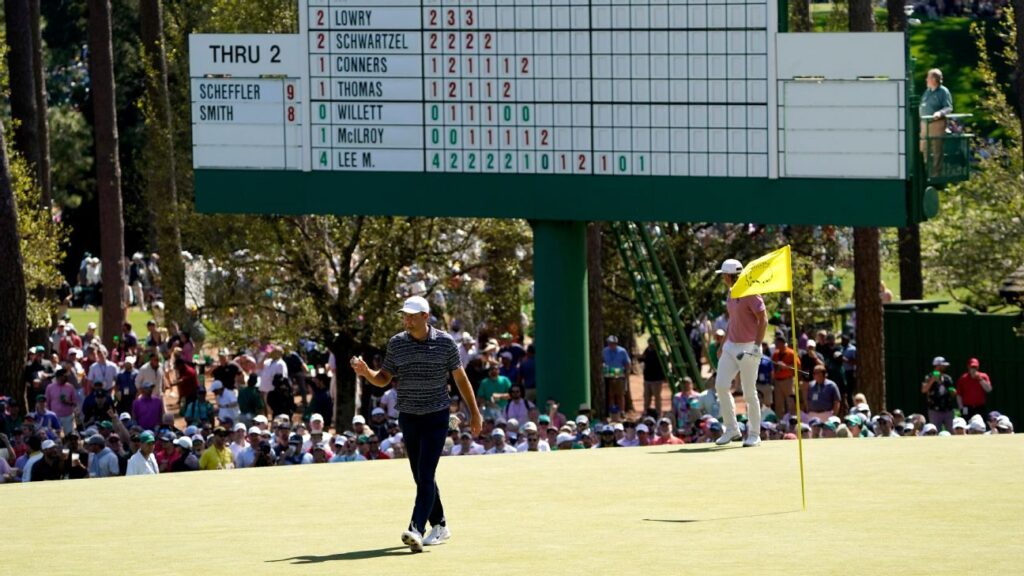 The Masters has its newest green jacket owner. Scottie Scheffler won Sunday, holding off a charging Rory McIlroy by shooting a 1-under par 70 for a three-shot win and his first major championship.

Scheffler, the No. 1 player in the world, has won four times in the past six events. Scheffler had been in control since taking over the lead of the tournament after Friday’s second round. In 13 events this season, he’s won more than $10 million.

Tiger Woods, playing in his first tournament since a car accident 14 months ago, shot a 78 on Sunday. Woods’ 72-hole score of 13-over 301 was his highest in 24 Masters appearances as a professional.

But this day belonged to Scheffler. The 25-year-old joined some impressive company. Scheffler joins Woods (1997, 2001) and Jordan Spieth (2015) as the only players 25 or younger to win the Masters over the last 40 years.

Here’s how social media reacted to the win.

I didn’t play my best out there, but just to have the support and appreciation from all the fans, I don’t think words can describe that. Congratulations to Scottie Scheffler on an outstanding win. It’s been a special run. pic.twitter.com/8BAMJKlGFY

Congratulations Scottie! What an unbelievable performance.

Smile Scottie, you’re a Masters champion! Along with a green jacket, you’re also exempt into the next five #USOpen championships 👏

See you in Brookline! pic.twitter.com/X3A5drs76p

4 putting to win the Masters by 3 is a dream