Tiger Woods is back! Everything happening in his first round at the Masters 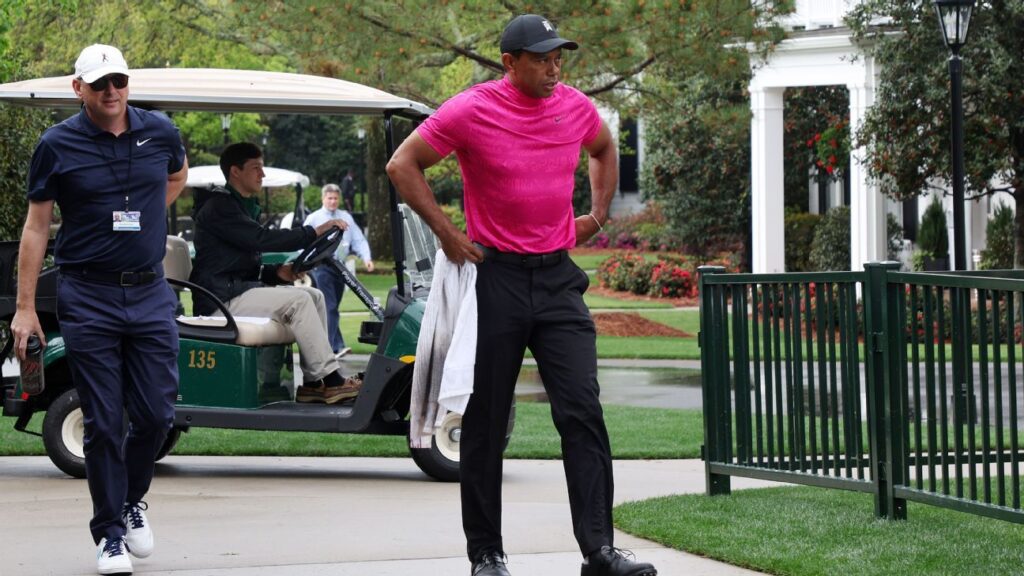 AUGUSTA, Ga. — What seemed impossible almost 14 months ago, unrealistic in December and unlikely as recently as a few weeks back is actually now a reality: Tiger Woods is returning to golf and playing the 86th Masters at Augusta National Golf Club.

Woods, who was injured in a frightening one-car crash Feb. 23, 2021, that was so severe doctors considered amputating his right leg, has not played official competitive golf since the final round of the 2020 Masters.

At 11:04 a.m. ET, alongside Louis Oosthuizen and Joaquin Niemann, Woods will begin the quest for his record-tying sixth green jacket and 16th major championship.

Does he think, after all he’s been through, that he can win his first tournament back?

“I do,” he said earlier this week.

We will chart every step along the way in his first round:

Woods arrives on the putting green a little after 10 a.m., about an hour before his scheduled tee time.