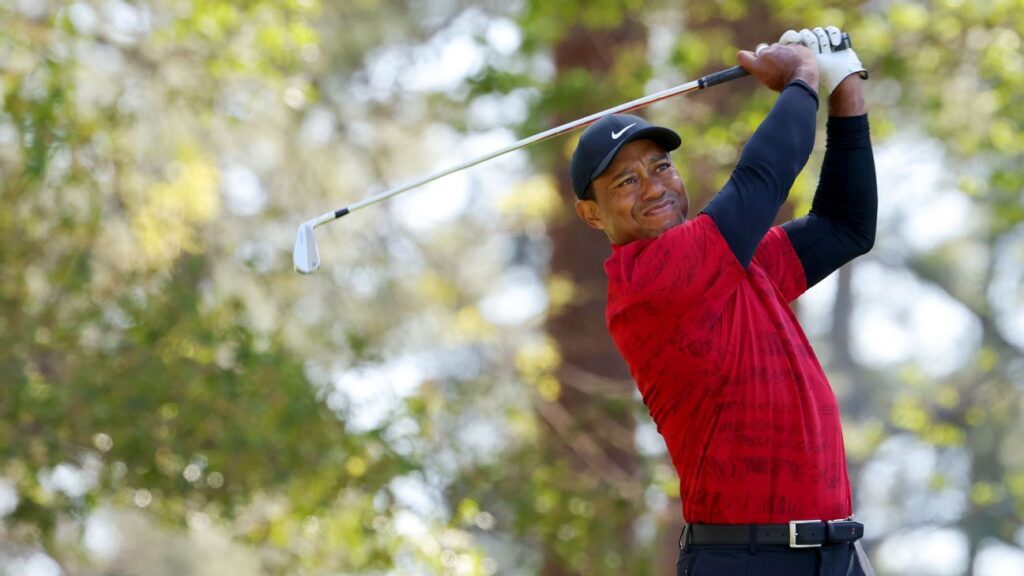 Playing in his first official tournament since he was seriously injured in a car wreck outside Los Angeles on Feb. 23, 2021, Woods walked up the 18th fairway to applause on Sunday at Augusta National Golf Club.

Woods didn’t have the results he wanted. The 15-time major champion, including five Masters triumphs, said earlier in the week that he thought he could win another green jacket, but he finished well off the leaderboard after carding 6-over 78 in each of his final two rounds. They were his worst rounds at the Masters.

Woods, 46, will have to take solace in making the cut in his first official event in more than 17 months. More importantly, his surgically repaired right leg held up while playing 72 holes at one of the most demanding golf courses in the world.

Woods’ 72-hole score of 13-over 301 was his highest in 24 Masters appearances as a professional; his previous worst was 6 over in 1996, his second appearance as an amateur. It was the first time Woods was over par in the final two rounds of the Masters and the first time he finished double-digit over par at a major championship since he was 13 over at the 2013 U.S. Open.

Woods got off to a much better start than he did Saturday. He made par on the first hole and a birdie on the par-5 second. After a 335-yard drive, Woods had 229 yards left to the hole. He hit his second shot just over the back of the green and putted to 3 feet.

On the par-3 fourth, he hit his tee shot into a greenside bunker and missed a 12-footer for par. On No. 5, he dropped his iron on his second shot. His ball ended up short and right of the green, and he was unable to get up and down for par.

Woods was 4-over on the 495-yard fifth hole in four rounds this week.