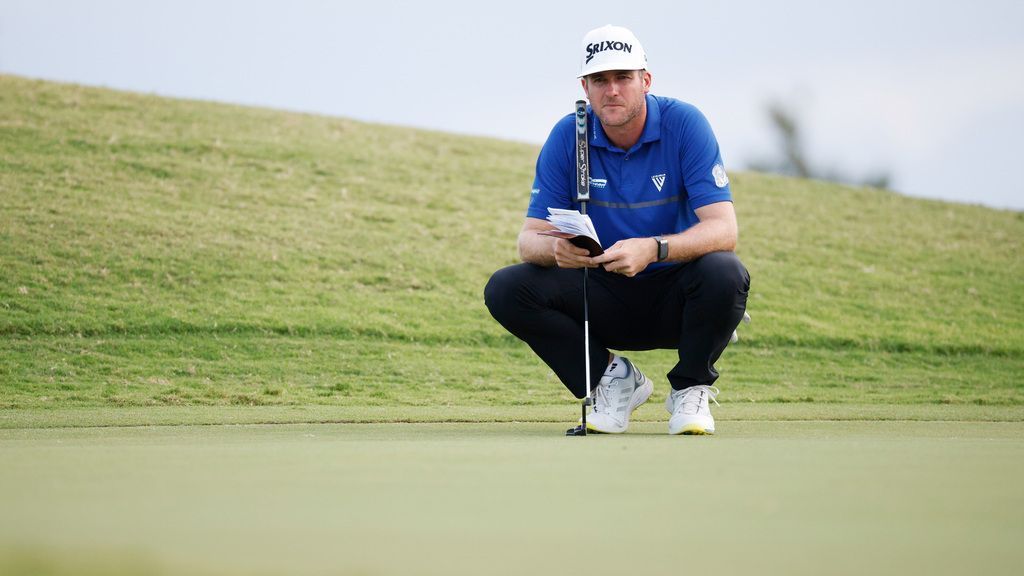 SOUTHAMPTON, Bermuda — Taylor Pendrith‘s big game is working just fine on the PGA Tour’s shortest course, giving the Canadian a three-shot lead going into the final round of the Butterfield Bermuda Championship.

Pendrith ran off four straight birdies around the turn at Port Royal and then picked up two more birdies late in his round Saturday for a 6-under 65. He is going after his first PGA Tour title just four starts into his rookie season, and two weeks after he got married.

“I knew I was going to get on a run at some point during the round,” Pendrith said. “Was able to get four in a row and kind of really jump start the round.”

Danny Lee holed a tough 6-foot par putt on the 18th cap off a 65 and stay in range, just three shots behind. Lee is the only player among the top five on the leaderboard who has won on the PGA Tour, though that was six years and 173 tournaments ago at the Greenbrier Classic.

“I didn’t come here just to play golf, I came over here to play some good — really good — golf,” Lee said. “I’m doing it right now, so it’s good to see that happening right now. I just need one more day like this.”

Lucas Herbert of Australia, a two-time winner on the European Tour, had his second straight round of 65 and was four shots behind.

The first two years of the Bermuda Championship on the 6,828-yard Port Royal course were won by Brian Gay and Brendon Todd, two of the shorter hitters in today’s power era.

Pendrith is anything but that, and it was an example that length never hurts on any course.

Pendrith, who won twice on the Mackenzie Tour in Canada in 2019 as he made his way up the ranks to the PGA Tour, got off to a slow start until he began his run of four straight birdies starting on No. 7 and finishing at No. 10, where a big drive left him only a flip wedge.

The most impressive play was his tee shot on the 235-yard 16th hole, among the toughest at Port Royal. He found the right side of the green and then holed a 45-foot birdie putt to extend his lead to two shots.

He then took on the water with ease at the par-5 17th, leaving a two-putt birdie from 15 feet to widen his lead even more.

“It was nice to pick up a couple coming in, late” Pendrith said. “To see that 40-plus-footer go in was a bonus.”

He nearly picked up another birdie at the end. With the wind at his back, he smashed driver well over the bunker and off a cement cart path with the ball landing near a corporate tent not far from the green. He pitched beautifully up the slope, but missed an 8-foot birdie.

Trying to win for the first time in any conditions is never easy, and the forecast could only add to the drama for Pendrith. With wind and rain in the forecast, the PGA Tour has moved up the starting times as early as possible with hopes of finishing and avoiding a Monday finish.

The tour goes from the middle of the Atlantic Coach to the Gulf Coast of Mexico next week.

The Bermuda Championship began Thursday in gusts approaching 40 mph and spells of rain that forced play to be halted briefly. Pendrith was in the middle of that and shot 70, which felt almost as good as his 61 the following day in calm weather.

“I don’t think I’d ever want those conditions on Thursday again,” he said. “It’s nice to be a couple shots ahead. It’s going to probably be a crazy day. I’ll grind it out and see what happens.”

At stake is a two-year exemption on the PGA Tour and a spot in the Masters.

Patrick Rodgers, one of the top amateurs in the country when he was at Stanford in the same age group as Jordan Spieth and Justin Thomas, birdied his last hole to salvage a 68 and was tied for fourth, five shots behind, along with Vincent Whaley (68).