11 of The Weirdest Golf Swings You’ll Ever See 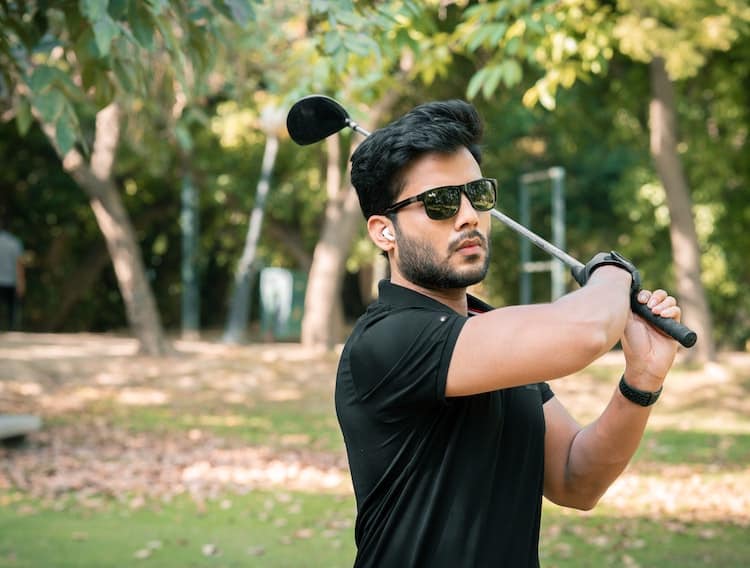 The golf swing is an extremely complex athletic move.

While watching a nice fluid golf swing is like watching poetry in motion, it’s usually more fun for golf fans to see golfers with weird swings. So we’ve compiled a list of the 11 weirdest golf swings you’ll ever see. Get your popcorn ready!

Six of the Most Unusual Golf Swings on The PGA Tour

Wolff was a star on the PGA Tour. But he recently joined the LIV Golf organization.

The former Oklahoma State Cowboy got his first pro win at the 3M Open back in 2019, and he’s even placed in the Top 5 a couple of times in major championships. Wolff has a ton of talent, and it’ll be interesting to see how well he does in his new league.

Wolff’s swing is strange in that he starts his backswing by raising his front foot off of the ground. Most golfers can’t do this because it would throw them completely off balance before getting to the downswing. Wolff manages to make it work.

“Long John” is still a favorite amongst golf fans all over the world for his titanic drives and eccentric personality.

Daly was undoubtedly the most well-known golfer in the world in the 1990s, when he rose from relative obscurity and won both the PGA Championship as well as The Open Championship. Daly still plays from time to time on the PGA Tour Champions, and he’s still a fan favorite!

What makes Daly’s swing so weird is the enormous backswing. You can see in the above video that Daly is swinging the golf club way back behind his head. The clubhead is actually pointing at the ground before he begins the downswing. This is a difficult task for many golfers, but Big John does it effortlessly.

Furyk, a phenomenal golfer, is one of the nicest players on the PGA Tour. However, Furyk’s swing is one of the weirdest you’ll ever see. It hasn’t hurt his performance on the golf course though, as he has won 29 times in his pro career.

During his setup, the 52-year-old stands very close to the golf club. The situation gets more bizarre when Furyk raises the golf club above his head at the top end of his backswing. Furyk’s hips then explode as his right elbow almost smacks against his right hip.

Zinger is most famous for his work as a golf channel commentator. Zinger was a great player back in his prime. He won 12 PGA Tour titles, including the 1993 PGA Championship. In 1994, he also miraculously recovered from the cancer in his shoulder.

Azinger was a great player, but his golf swing is one of the most bizarre of all time. As you’ll see in the above video, Azinger’s grip was “super strong” with his right-hand way up underneath the handle. This allowed Azinger to perform many knockdown approach shots, but it was a great strategy that worked extremely well throughout his career.

It almost seems blasphemous to put an all-time great like “The Gambler” on this list. Trevino won 29 PGA Tour championships and six major championships. Trevino had one the strangest swings in golf history.

Trevino aimed all of his body to the right to accommodate his wicked fade. To get the golf ball in his middle, Trevino did a three-step shuffle before he started his swing.

You won’t find either of Trevino’s signature moves taught by professional instructors, but they certainly worked for him on the golf course.

It’s hard not to love Bubba Watson, who just seems like a regular guy who happens to be one of the best left-handed golfers in the world. Watson has 12 PGA Tour wins, and rose to fame with his victories at The Masters 2012 and 2014. Watson’s swing may be pretty to watch, but it is still weird nonetheless.

Watson has one of the longest backswings in the game that is reminiscent of John Daly’s. Before he begins his downswing, his front foot also drops completely to the ground.

Lastly, Watson’s stance is wide open instead of parallel, which is something no golf coach would ever teach. As you might expect, Watson has admitted that he’s never had a golf lesson in his life.

Barkley was one the most successful NBA players during his 16-year tenure. Sir Charles has one the worst golf swings in the world! It’s almost as if the poor guy is too afraid to hit the ball.

Barkley’s setup is actually not too bad, but things go south in a hurry once he finishes his backswing. Barkley starts and stops his downswing 3-4 times before letting his hands push it through in a weird motion. Barkley has since improved his golf swing, but it’s still almost painful to watch.

Trump is a keen golfer and can hit the ball well. However, his swing is not very pretty. Trump’s preshot routine is pretty solid but both his backswing and downswing are herky-jerky and look rushed.

Trump is a passionate golfer, regardless of his swing. He’s also pretty good at it, as evidenced by his 1.8 handicap. That’s insanely good for a 76-year-old.

“LT” was one of the most feared linebackers in football back in the 80s and 90s. He was a member the New York Giants, and won two Super Bowls. He was also selected to ten Pro Bowls. His golf swing needs some work.

We can see that Taylor has a golf glove on both hands. This is unusual unless it is rainy. He’s also hunched over quite a bit during his setup and just looks painfully stiff throughout his entire swing. That said, one of Taylor’s drives in the video ended up being over 300 yards, which is impressive!

One of the most well-known rappers in the world looks completely lost with a golf clubs in his hands.

Snoop Dogg was stunned at how difficult it was to make contact with anyone, let alone solid contact. Golf is a difficult game, as many celebrities have learned over the years.

Snoop is a strong, athletic man. However, the above video shows him swinging as well as missing. Snoop is still a great player and would make a great teammate. I wonder how many times Snoop would light one up while playing on the course.

Kylie Jenner is a multi-millionaire, but her golf swing is not up to par. The 25-year old swung hard but missed her first shot in the video. Although she made contact on her second attempt, the ball rolled just five yards.

Kylie appears to be having trouble with two fundamentals of golf swing, keeping her head down as well as her left arm straight. Despite looking hopeless on the golf course, Kylie still has more cash than most pro golfers on PGA Tour. 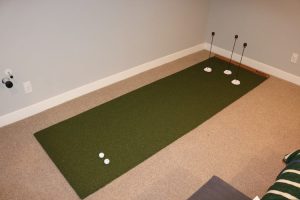 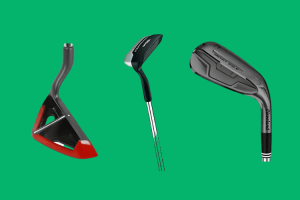 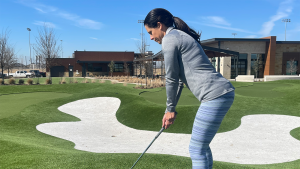