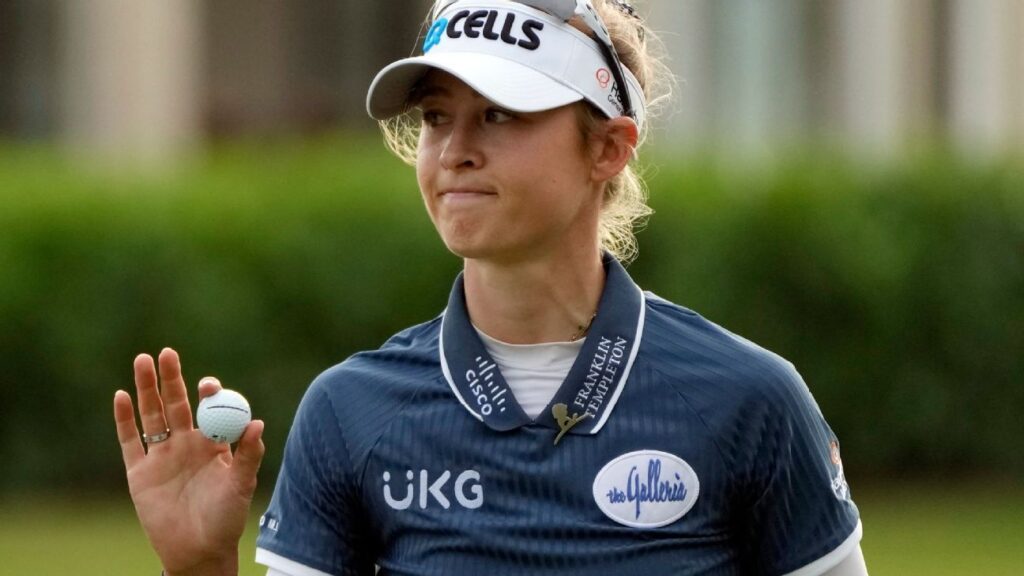 “I recently underwent surgery for a blood clot in my subclavian vein,” Korda, 23, posted to Twitter on Friday. “I am pleased to report the procedure went well and the doctors were happy with the outcome. I am now home recovering and preparing to start rehab. I am looking forward to getting back to 100% so I can begin practicing.”

Doctors diagnosed the blood clot in mid-March, after she experienced swelling in her arm after a workout in Ponte Vedra Beach, Florida. In her post, Korda said she had COVID-19 in mid-January and that the illness “knocked me off my feet for some time before the beginning of the LPGA season.”

“I want to thank everyone for the overwhelming support and messages I have received the last few weeks,” Korda posted. “Your kind words have helped me get through this challenging and scary time.”

Korda was a gold medalist at the 2020 Tokyo Olympics and is a seven-time winner on the LPGA Tour. She won four times last season and captured her first major title at the KPMG Women’s PGA Championship.

Earlier this year, Korda was ranked No. 1 in the Rolex Rankings for the 26th week, which passed two-time major winner Stacy Lewis for the most time spent at world No. 1 by an American women’s golfer. She is currently ranked No. 2 behind South Korea’s Jin Young Ko.

Korda and her older sister, Jessica, are two of the LPGA’s most popular players. Nelly Korda has more than $6 million in career earnings.