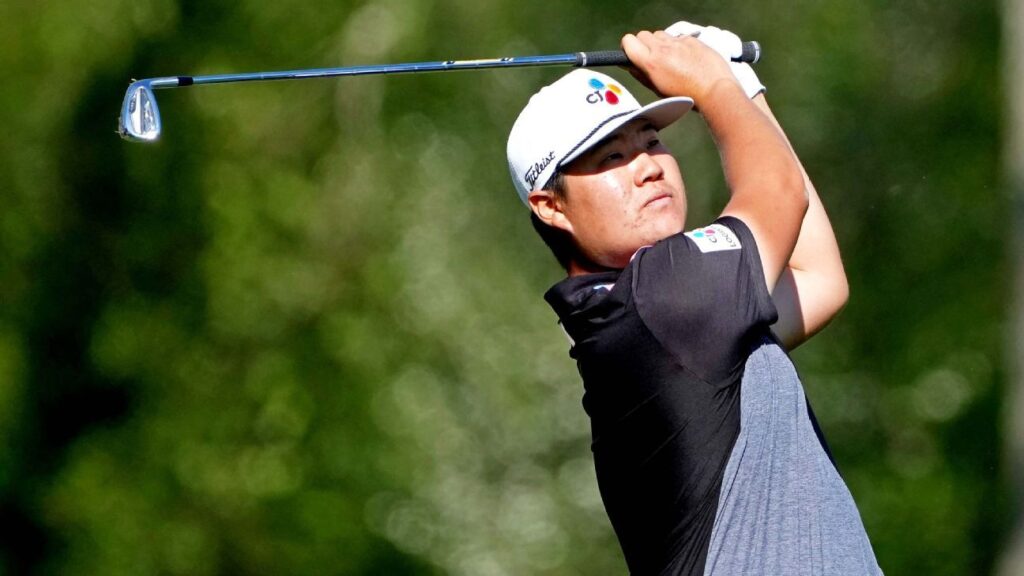 AUGUSTA, Ga. — Sungjae Im, the 24-year-old South Korean known for rarely missing the center of the club face, ran off three straight birdies at the start, recovered from a pair of bogeys with a 12-foot eagle putt on the 13th and added a late birdie for a 5-under 67 and a one-shot lead after the opening round of the Masters on Thursday.

Im is the first player representing South Korea to hold a lead after any round in Masters history.

He was one shot ahead of Cameron Smith, playing for the first time since winning The Players Championship a month ago. The Aussie with the mullet had the most dynamic round of the day with his eight birdies, all between a double bogey at the start and the finish.

“To be honest, those couple of double bogeys really didn’t have too bad a shot in them. It’s not like I was scratching it out of the trees,” Smith said. “Just misjudged the wind on both wedges. Just left myself in a bit of a tough spot. Other than that, it was just really solid.”

Im’s 67 was the highest score to lead after 18 holes at the Masters since 2014, and that was to be expected. Even with 2 inches of rain that softened the course, the front that cleared out the clouds brought enough wind to jangle the nerves at every turn.

Dustin Johnson, who held off Im and Smith when he won the Masters in November 2020, was 4 under through 10 holes and poised to present a daunting target with the scoring holes ahead of him. He had to settle for pars, dropped a shot late and was in the large group at 69.

Also at 69 were former Masters champion Danny Willett, world No. 1 Scottie Scheffler and Joaquin Niemann, who holed out for eagle on No. 9 and still didn’t get the biggest roar of the round. He was playing with Tiger Woods, who carded a 71 in his return to competitive golf.

Information from The Associated Press was used in this report.