Tiger Woods, with ‘absolutely zero feel for the greens,’ struggles his way to 78 on Masters’ moving day 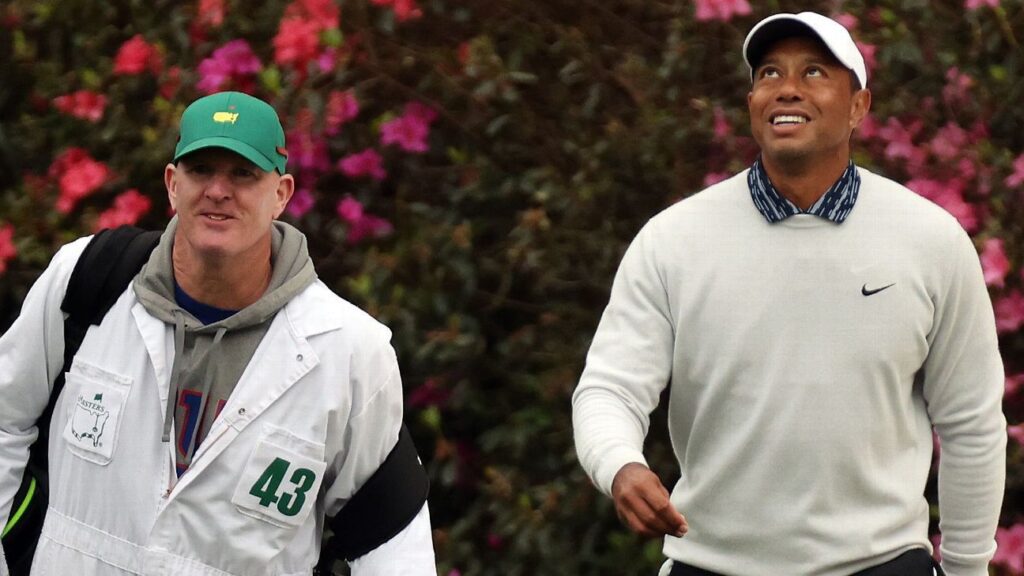 AUGUSTA, Ga. — Five-time Masters champion Tiger Woods didn’t make much of a move on moving day, at least in the right direction, at the 86th Masters on Saturday.

Woods, who entered the third round 9 shots behind leader Scottie Scheffler and 4 strokes out of second place, couldn’t get much momentum going in cold and windy conditions and finished 6-over 78. He finished the round with bogeys on Nos. 16 and 17 and a double-bogey on 18.

It was Woods’ worst score in 93 career rounds at Augusta National; his previous worst was a 5-over 77 in the third round in 1995, his debut at the Masters as an amateur.

“Well, I had too many putts,” Woods told CBS after the third round. “I didn’t feel like I hit it all that bad, but I had absolutely zero feel for the greens.”

While Woods, 46, seemed to have more speed and power with his driver on Saturday, he had four three-putts and a rare four-putt. He hit 11 of 14 fairways and 11 of 18 greens, his highest totals in both in his first three rounds. But Woods needed 36 putts, which was his most in a round here since he also had 36 in the third round in 1999.

Woods’ unexpected start in the Masters is his first in 17 months, after he was seriously injured in a car wreck outside Los Angeles on Feb. 23, 2021. He has made the cut in each of his past 22 starts at the Masters, the third-longest streak by any player in the tournament’s history.

Woods, 7-over after 54 holes, started his round with a three-putt bogey on No. 1, the second straight round in which he bogeyed the first. He rebounded with a birdie on the par-5 second. His chip out of a greenside bunker nearly went in the hole for an eagle, and he then made a 4-footer for birdie.

After carding pars on Nos. 3 and 4, things fell apart quickly on the par-4 fifth. After hitting a 304-yard drive down the middle, Woods was left with 202 yards to the hole. As soon as Woods hit his approach shot, he grimaced and yelled, “Damnit!” His ball was short and way right of the green, leaving him 65 feet to the hole.

Woods knocked his long putt above the hole and was left with a tricky, downhill putt. He missed the 6-footer and then inexplicably rushed the 4-foot comeback attempt and it lipped out. The double-bogey 6 dropped him to 3 over for the tournament.

It was just the second four-putt for Woods as a pro at the Masters; his only other one was on the 13th hole in the opening round in 2005. His last four-putt in a major came at the 2018 U.S. Open. Woods added another three-putt bogey on the par-4 ninth and made the turn at 3-over 39.

After bogeying the par-5 11th after his 8-foot par putt lipped out, Woods got two strokes back with consecutive birdies on Nos. 12 and 13. On the par-5 13th, Woods’ second shot from 221 yards landed 27 feet from the hole. He two-putted for a birdie.