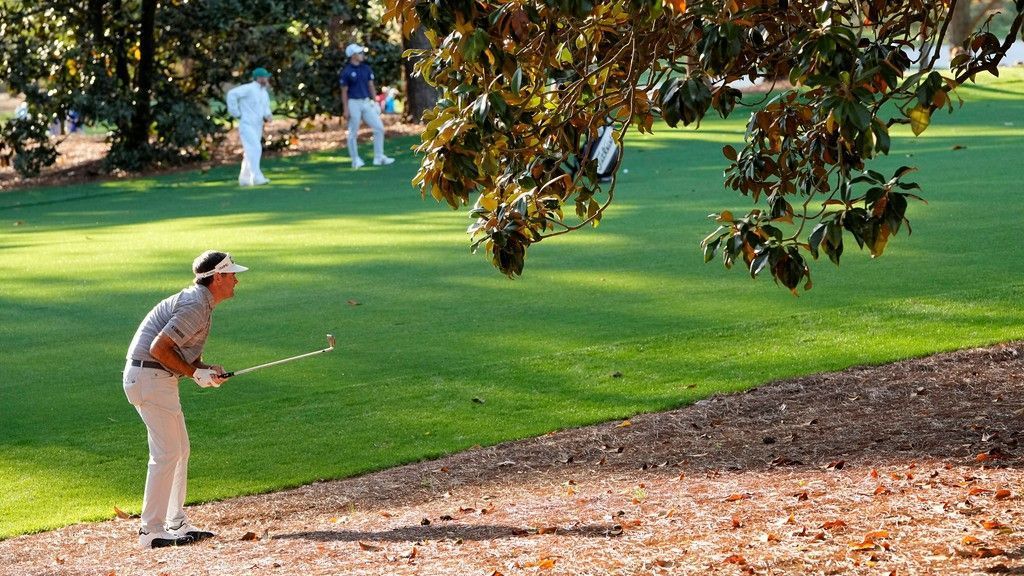 AUGUSTA, Ga. — Bubba Watson‘s shot out of the trees on the second hole of a sudden-death playoff at the 2012 Masters is one of the most famous in golf history.

His shot with a gap wedge off pine straw from deep in the woods at Augusta National hooked about 40 yards onto the elevated 10th green. The ball settled about 10 feet from the hole and Watson made par to win his first green jacket.

Near the 10th anniversary of that epic shot, Watson, now a two-time Masters champion, believes he might have hit an even better one in the second round on Friday.

“I’ll be honest, not that you want to know, but that was the best shot I’ve ever hit at Augusta National,” Watson said. “That one right there.”

After Watson, a left-hander, hooked his tee shot deep into the woods down the right side of the 18th fairway, he found his ball sitting on a stick and surrounded by leaves.

When Watson looked up into the trees, he saw a small gap toward the hole.

“[The gap was] very high up, probably the highest point of the trees there,” Watson said. “All I was trying to do was hit a wedge. It’s teed up, right? If I hit a pitching wedge as hard as I can straight up, I thought I could hit that gap. I wasn’t looking at the green.”

As Watson stood over his ball, a gust of wind blew a leaf right on top of it. He called a rules official over and informed him that his ball hadn’t moved. The rules official assured Watson that he wouldn’t incur a penalty, and he carefully removed the leaf.

Watson took a whack at his ball and it soared high into the air. Somehow, it got through the pine trees untouched and bounced on the green, before settling 2 feet from the hole.

“It came out,” Watson said. “Because of that lie and because of the tree branch, because of the leaves — these were big, thick leaves — it caught a flier. It caught like a knuckler. It went straight up, and then a gust from the gods flew.”

Watson knocked in a birdie putt to finish the round in 1-over 73. He is 2 over after 36 holes. Regardless of what happens over the weekend, Watson has another indelible memory at Augusta National.