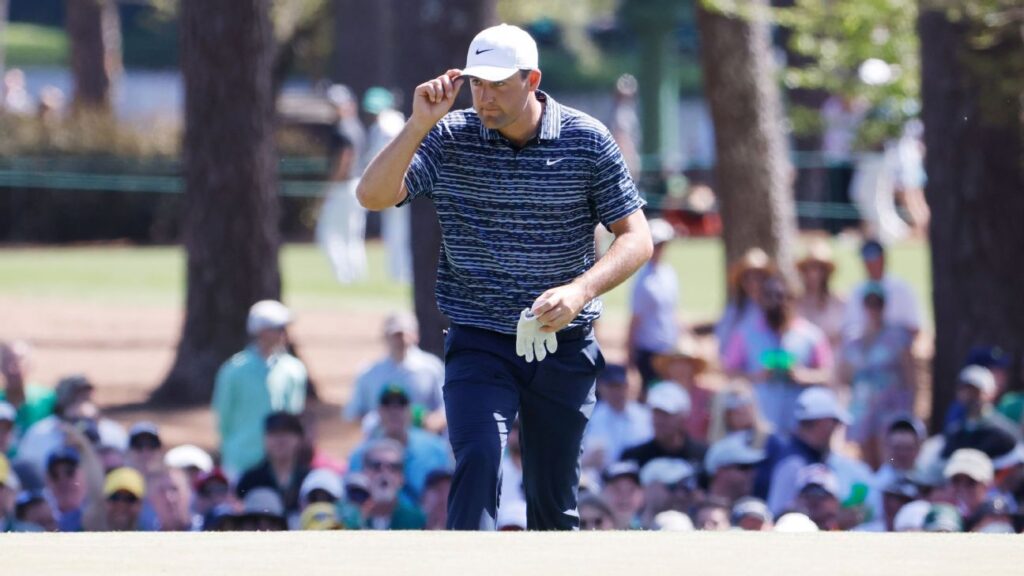 AUGUSTA, Ga. — Scottie Scheffler lived up to the hype at Augusta National.

The world’s top-ranked player captured his first major championship with a three-stroke victory at the Masters. Scheffler came into the day with a three-shot lead, and he made sure it held up by closing with a 1-under 71.

He finished at 10-under 278 overall, winning for the fourth time in his last six tournaments.

Scheffler four-putted for a double-bogey at the final hole, but he had such a comfortable lead it didn’t matter. Rory McIlroy was the runner-up after shooting 64, but he came into the day 10 strokes behind and was never a serious challenger to Scheffler.

Early on, it looked like Scheffler might get pushed by Cameron Smith. The Aussie closed within a shot after starting the round with two straight birdies. But Scheffler chipped in for an unlikely birdie at No. 3, Smith made bogey and it wasn’t really close after that two-shot swing.

Smith’s last hurrah was a birdie at the tough 11th hole that brought the margin back to three shots. But the Aussie promptly dumped one in the water at the famous 12th hole in Amen Corner, leading to a triple-bogey that finished off his chances. Smith shot 73 and finished five shots behind the winner, in a tie for third place with Shane Lowry.

McIlroy had the round of the day, capped by a birdie at the 18th when he holed out from a bunker. But his quest for the career Grand Slam will have to wait another year.

The green jacket goes to the 25-year-old Texan.