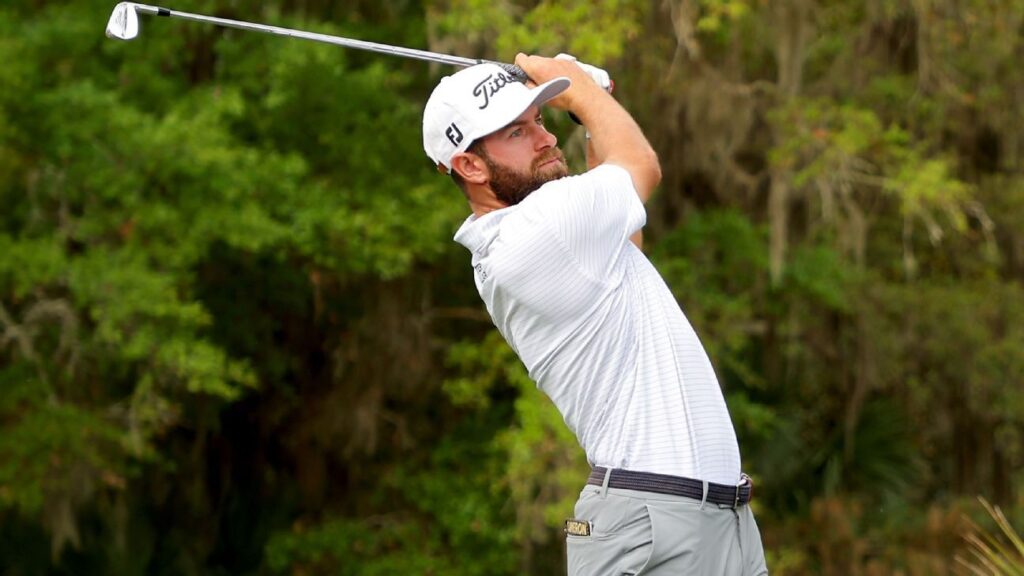 The 24-year-old PGA Tour rookie had eight birdies in a bogey-free round, his first in the 60s in 11 rounds going back to a closing 65 at the Honda Classic more than six weeks ago.

Young was two shots in front of Chile’s Joaquin Niemann and three ahead of seven others, including reigning FedEx Cup champion Patrick Cantlay, Ireland’s Shane Lowry — who tied for third at the Masters last week — and Canada’s Corey Conners — who was sixth at Augusta National.

Young had only heard of Harbour Town’s treacherous gauntlet of tight, tree-lined fairways and small greens that demand accuracy. Yet, the former Wake Forest player from New York quickly took to the layout with five birdies on the front nine.

Young closed his first Harbour tour with a birdie on the iconic 18th hole — the one with the red-and-white striped lighthouse as backdrop — with an 8-foot putt to finish a shot off his lowest career round in his young PGA Tour career.

“You have to really pick your spots where you think you can be a little aggressive and places where you just can’t” Young said.

A bit of advice: Stay aggressive, particularly with a loaded RBC Heritage field in pursuit. The tournament features five of the world’s top 10 players, including Masters’ third-place finisher Cameron Smith and Collin Morikawa, who was fifth at Augusta National.

Masters champion Scottie Scheffler is not playing the RBC Heritage.

Niemann started slowly with back-to-back bogeys on the third and fourth holes. Then he birdied seven of the last 14 holes to break out of the third-place logjam.

Lowry, the 2019 British Open champion, said he couldn’t believe how quickly the round arrived after the pressure cooker at Augusta National. Still, he got his round going with three straight birdies at the 16th, 17th and 18th holes along Calibogue Sound. He added two more birdies in his bogey-free round .

“It feels almost like a semi-holiday and you just go and play a bit of golf as well,” said Lowry, who’s had two top 10 finishes here in four previous appearances.

Conners aced the the par-3 seventh hole. He hit a 7-iron to the front of the green where it hopped twice and rolled into the cup. Conners couldn’t see it fall from the tee, but knew from the reaction at the green.

“A bunch of people put their hands up around the green, so I figured it went in,” he said.

Morikawa, second in the world, opened with a 70. Smith, whose triple bogey on the 12th hole at Augusta ended his Masters’ chase, shot a 73.

Morgan Hoffmann played his first PGA Tour round since October 2019 after stepping away due to muscular dystrophy. Hoffman shot an enjoyable, easy going, even-par 71. “The game didn’t feel anywhere near as bad as I thought it was, so it was pretty exciting,” he said.

All are chasing Young, who has proven he’s far more than a wide-eyed rookie, but one with a steady game and steely nerves.

He’s had two seconds this season and qualified for the Masters, where he missed the cut after consecutive 77s. Young spent the weekend off with family, decompressing from the Masters and planning for what’s next.

“Honestly, I wanted to play last weekend,” Young said. “But in terms of this week, [missing the cut] is not the end of the world.”

Especially if he can put up a couple more 63s. Don’t bet on it, Young said.

“I know it would be really nice,” he said. “But you have good days and bad days and rarely do you have four good ones in a row. I’m glad it came early and I’m happy I kept myself around for the whole tournament.”