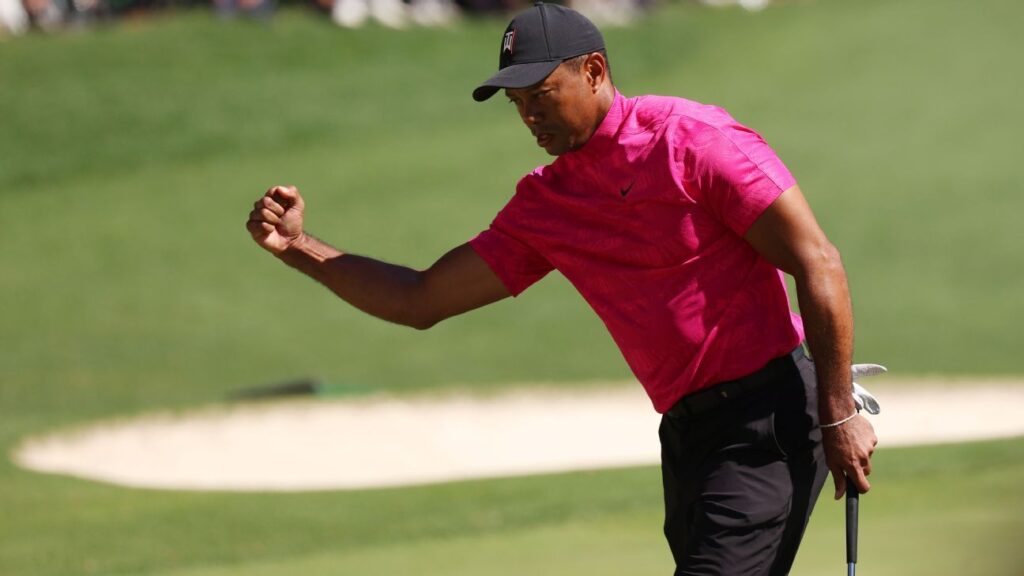 AUGUSTA, Ga. — In his first competitive round of golf in 509 days, five-time Masters champion Tiger Woods shot a 1-under 71 in the first round Thursday at Augusta National Golf Club.

Woods was three shots behind clubhouse leader Cameron Smith after finishing his round.

It was Woods’ first round in a tournament after he was seriously injured in a car accident outside Los Angeles on Feb. 23, 2021. He hadn’t played in a regular PGA Tour event since November 2020, when he tied for 38th at the Masters, which was played later that year because of the COVID-19 pandemic.

It was an up-and-down round for Woods, who is playing competitively for the first time with a rod in the tibia of his right leg and screws and plates in his right ankle and foot. He told reporters in December that surgeons nearly had to amputate his leg because it was so severely injured.

After a 17-month layoff away from competitive golf, Woods’ putting and iron play were good, while his tee shots seemed to lack some power and distance. The worst part of his game on Thursday was undoubtedly his chipping and pitching. Woods needed just 13 putts through the first nine holes. He made a birdie on the par-3 sixth hole and a bogey on the par-5 eighth. He made the turn at even-par 36.

At one point during the round, Woods missed five straight greens. But he was able to get up and down on four of those holes, with the bogey on the eighth being the exception. He made a 10-foot putt to save par on the first hole and an 8-footer to save par on the ninth.

Woods moved to 1 under with a birdie on the par-5 13th. His second shot on that hole, off a sloping lie, was one of his best of the round. From 213 yards, he knocked his ball to 24 feet and then two-putted for a birdie.

Woods gave it back on the next hole, however, after pulling his tee shot low and left into the trees. Any questions about his right leg’s stability were probably answered on his second shot on the 14th. With his ball sitting in pine straw, Woods took a violent swing trying to draw his ball through the trees. His ball settled just over the green and a bad pitch left him with an 8-footer for par. He missed the putt to drop back to even.

It was a solid start for the 15-time major champion, who last won at Augusta National in 2019. In his previous 23 Masters appearances, Woods broke 70 in the first round only twice. His 71.8 scoring average in the opening round is a full shot higher than his second-round average and two shots higher than his third-round average.

Of course, those statistics came from rounds Woods played before his car wreck. His ability to bounce back and his stamina will play a big role in whether he contends for a sixth green jacket, which would tie Jack Nicklaus for the most ever.