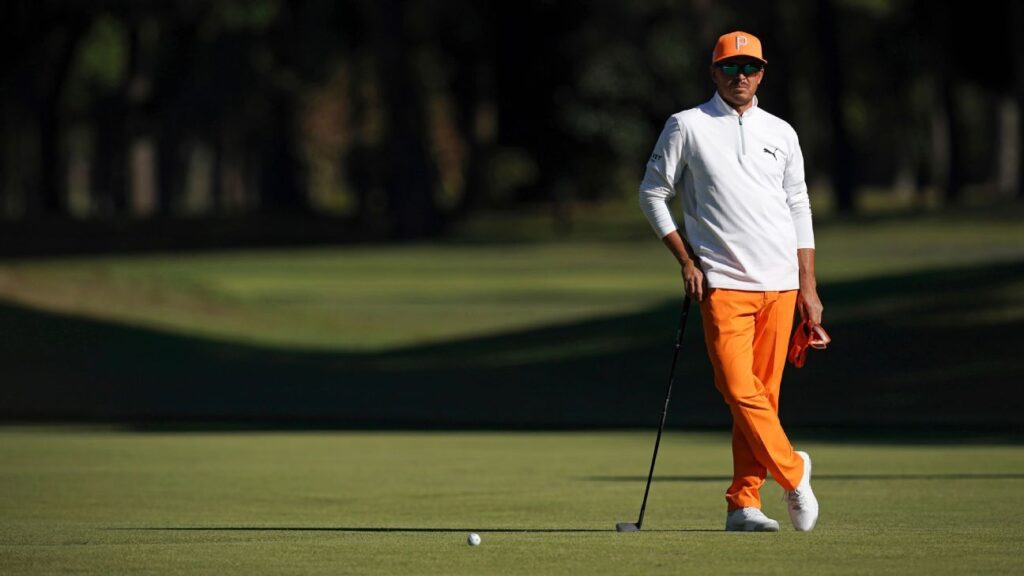 Throughout a down period in his career that is now approaching three years, Rickie Fowler managed to maintain an air of positivity, sprinkled with some self-deprecation, while seemingly never allowing for any sort of dark moments to consume him.

He approached his slump with hard work, didn’t get impatient by moving on from his coach, John Tillery, talked a good game and simply expected his golf to one day cooperate.

Three tournaments into a new season and there are certainly plenty of positives for Fowler to build on, but also a slap of reality that played out over the weekend in Japan, where he was unable to take advantage of a small field and the chance to improve his world ranking.

Fowler certainly had plenty of time for reflection over recent months. He failed to qualify for either the Masters or the U.S. Open, firsts for him in 10 years. He didn’t make the FedEx Cup playoffs, meaning he was outside of the top 125 and not yet qualified for the 2022 Players Championship — a tournament he won with a stunning flourish in 2015.

The six-week break saw him go to work. He returned to competition and promptly missed the cut at the Shriner’s tournament in Las Vegas. But with a weekend off, he used the opportunity to visit his old coach, Butch Harmon, to make sure what he was working on got a stamp of approval.

With Harmon’s blessing and the ensuing confidence, Fowler took the 54-hole lead at the CJ Cup and ended up finishing tied for third behind winner Rory McIlroy. A victory would have solved a lot of problems, but given that Fowler’s last victory came at the Waste Management Phoenix Open in 2019, a strong showing was welcome.

“[It] was a very good week for me, especially after the last couple years,” Fowler said at the Zozo Championship in Japan. “I played very well tee to green. Unfortunately, I didn’t have a very good feel on the greens with speed, so that is where I struggled a little bit, but very happy with the ballstriking.

Fowler’s long game was an issue for much of last season, when he ranked 89th in strokes gained tee to green on the PGA Tour. He ranked first at the CJ Cup, although his once extremely reliable putting stroke has cost him at times.

He hoped to take that momentum to Japan, but it didn’t materialize, which highlights the difficulty Fowler faces in returning to an elite level. He had slipped to 128th in the world after missing the cut in Las Vegas, jumped to 82nd with his tie for third at the CJ Cup, then lost three spots after a tie for 44th at the Zozo. Fowler never broke par in the limited-field event and now needs to decide how much to tee it up in the remaining events of 2021.

After this week’s Bermuda Championship, there are just three tournaments — Mayakoba in Mexico, the Houston Open and the RSM Classic.

The top 50 in the world at the end of 2021 receive a Masters invite, and that’s reason enough for Fowler to add a couple of those tournaments — although it does him no good to finish well down the list. Top-10 finishes are the only meaningful way to move up. Short of that, Fowler will head into 2022 with a lot of doubts about his playing schedule.

“Everyone’s gone through ups and downs in golf,” he said. “When you’re in those low points, there’s times when you wonder like ‘Am I ever going to be back in that position?’ Obviously you believe that you can, but there’s those thoughts [that] golf is obviously one of the most humbling sports there is and you can never take it for granted.

“So being in those positions, you know where you want to be, you know you can be there, you’ve been there before, but it seems like a long uphill battle. It’s definitely been humbling. We’ve been patient, but it’s nice to see some stuff start paying off.”

Hideki Matsuyama capped off a historic year with a victory in his home country, the only PGA Tour event to be staged in Japan. But it was far from easy. While the 5-shot margin of victory might appear routine, Matsuyama trailed Cameron Tringale by a shot through 10 holes on Sunday and then produced three birdies over the next six holes to take the lead.

Even standing on the 18th tee, after bogeying the 17th hole, Matsuyama led by just 2 shots.

But from more than 240 yards, he powered his second shot onto the par-5 green and then made the eagle putt. And for one of the rare times, Matsuyama let loose some emotion and a big smile.

The 2021 Masters champion added a second victory this year after missing out on a medal at the Olympics, also in his home country. It was his seventh PGA Tour win.

Prior to the tournament, Matsuyama had said his form was nowhere near what it was when he won the Masters.

“I would rate my performance as a 2 or 3,” Matsuyama said afterward. “From the results perspective, it went to about 8, but I think it’s because all the energy that I was getting from the fans and I was very surprised how much energy I was feeding off of them.”

Matsuyama, 29, who once was ranked as high as second in the world, has climbed back to 12th.

It will be interesting to see how the PGA Tour and commissioner Jay Monahan decide to proceed with several players seeking releases to play in the Saudi International tournament early next year.

Golfweek reported last week that eight players, including defending champion Dustin Johnson, sought the releases — which are required to play in a conflicting event opposite the AT&T Pebble Beach National Pro-Am. Typically this is not a problem, and the tour has granted numerous such releases in the past.

But last year the European Tour dropped its sanctioning of the event, and the PGA Tour said it would not give releases to players wishing to play in an unsanctioned tournament. The Asian Tour has sanctioned the tournament — after considerable backing from Saudi Golf, which made a $100 million investment.

The PGA Tour last year formed a strategic alliance with the European Tour and is trying to enhance its offerings to fend off talk of a rival tour supported by the Saudi government known as the Super Golf League.

Among the other players who Golfweek reported sought releases were Graeme McDowell, Tommy Fleetwood and Lee Westwood. Phil Mickelson played in the event each of the past two years.

At issue is the tour’s ability to restrict its members, who are independent contractors. The tour has rules that require releases to play in competing events.

Bernhard Langer won his first PGA Tour Champions event in 2007. Fourteen years later, he is still going strong. His victory on Sunday at the Dominion Energy Charity Classic gave him a win in 15 straight years. At age 64, he is the oldest champion in the Tour’s history.

The two-time Masters champion and European Ryder Cup star had not won since early 2020. He defeated Doug Barron in a sudden-death playoff.

Langer is one of just a handful of players to win in their 60s and surpassed Scott Hoch, who was 63 when he won in 2019. When Langer won the 2020 Cologuard Classic, he was the fifth-oldest winner in tour history. He now has 42 Champions wins, three behind the record held by Hale Irwin.

Langer also accumulated 42 victories on the European Tour, the first in 1980 at the Dunlop Masters.